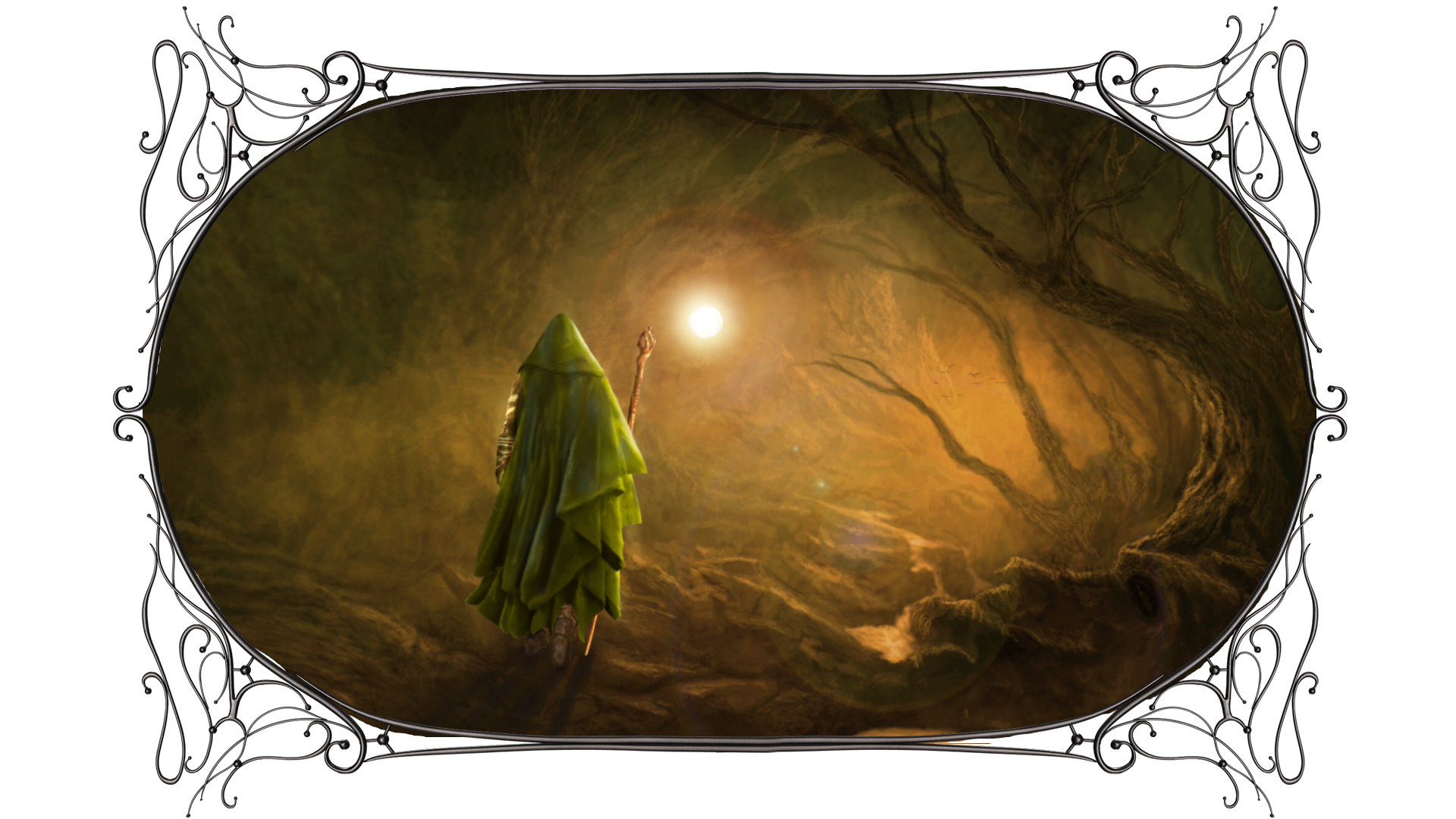 As I wander through the wilderness, the trees twist and bend with the force of the wind. Its howling deafens me to any other sound and I stagger along, buffeted by the force of nature. To where I am headed, I have no clue. The only thing that keeps my feet moving is the picture of her in my head.

She is the one who drives me forward. To where they have taken her, I only know it is northward.

Morning comes, and with the sun’s accent the wind begins to die. I press hastily forward, following the sign that shines bright in the heavens to guide me. The bright glow from the orb beckons me to follow. Whether it be day or night it haunts me, calling me to find her.

The alchemist Aldroid, has taken Aslin as his prisoner. His beast holds her captive in the north.

Aldroid and Aslin’s father Tallon, had been friends once, in childhood sharing everything, inseparable in their youth. They vowed one-day their families would unite and together they would rule their kingdoms in peace. The two men sliced their palms, the blood welled to the surface and spilled onto dried palms; shaking hands they made a pact. The birth of Tallon’s first daughter would be betrothed to Aldroid’s first-born son.

As the years passed Aldroid had grown into a man of importance through-out the land by delving into mysterious cults, where he developed evil and wicked ways. He dabbled in the art of Black Magic and from this he became the most feared ruler in the realm. Black Magic had made him wealthier than even he, could have imagined. But Tallon had grown sceptical of his childhood friend as he watched him rise; gaining power and wealth changed Aldroid.

Tallon wondered, where his friend’s heart had ventured to. Tales of devil worship had been spoken of and Tallon had become fearful of the stories he heard whispered by members of his court. His daughter meant the world to him, and to send her off to be married into a madman’s household made his blood run cold.

Finally, after much soul searching, Tallon decided to break the pact. The tales of Tallon’s betrayal infuriated the great ruler, so he sent a warning to the great lord that if he did not hold true to their allience a darkness would befall his daughter.

That was the day the lord called all of us to his court. We were his personal guards and he asked who among us would betroth ourselves to watch over his daughter. He had decided to face his old friend and we all knew the origins of his story; we had heard it from his own lips.

As we stood there and watched Tallon write his decree, the door to his home was breeched by Aldroid and his guard.

‘Tallon!’ Aldroid yelled as he strode into the room. I moved forward without hesitation to prevent his advance while my brothers in arms fell into a unified line.

‘I’ve come for the girl,’ he said as whispers from the dark continued to taunt his mind. ‘Rumors are things which I find unfavourable and so I’ve come to hear it from your own lips. What do you say?’

‘You’ve heard correct, Aldroid,’ Tallon replied. ‘Aslin will not be marrying your son.’

‘A deal made a long time ago,’ Tallon retorted. ‘When you were a simple young man and I merely a fool. Back then I thought you a worthy man, but over the years your actions have shown me differently. You’ve deceived your own people and sacrificed them as you’ve risen to great heights. Some say it’s the work of a madman and others the devil himself. You’ve abandoned your gods, the gods of our world and taken to worshipping another. I cannot, will not, let my daughter marry your son.’

‘Abandoned the gods! No, I think you are the one who’s been deceived. They abandoned me, and I do not have to explain myself to you! My actions are my own! If I have to take her you will never see her again. Tallon for the last time I’m asking, will you honour our deal?’

The events transpired before us, as we stood guard over our Lord and heard him disavow the bargain made all those years ago. And as Aldroid was forced out of Tallon’s home, he declared the darkness would come for the girl.

That night six of us swore allegiance to our Lord’s request. And before our god, the witch woman created an orb and bound us to it. We have sworn a vow, our words bind us to protect Tallon’s beloved daughter, Aslin. Every moment of everyday we watch over her, staying close just incase evil should rise.

We are, The Watchers.

The previous day, as the scorching sun dipped below the horizon, I assumed my watch.

Standing upon the tower wall, I overlooked the courtyard and home of Lord, Tallon Delair.

From the south, dark clouds rumbled towards our village. A cocophany of explosions echoed towards us across the plains as the wind pushed the black rolling mass overhead. Then the rain began, releasing the heat of the day. I drew up my leather hood to keep the weather out, when I noticed, not only had the clouds brought the storm to our village, but something evil had slipped out of the darkness with it.

It crawled along the shingled roof of Tallon’s home. Its enormous wings repelled the rain as it stalked along the rooftop towards Aslin’s window. I called the alert and began to scramble from the tower wall as the monster made its way closer to its goal. Dropping to the courtyard, I sprinted towards the house. The downpour and dim light hampered my vision and only the sound of crashing tiles told me where the creature was. As the moon appeared through a gap in the furry overhead I spied the creature scramble over the edge of the roof and scale down the wall. It moved to where the flickering candle showed Aslin’s curtains, flapping in her open window. As I reached the base of the rose covered trellis, which grew near her room, the beast’s tail disappeared through the billowing material and hastily, I began my assent. The trellis would take me up to a section of roof, adjacent to the window where the creature had entered.

Aslin’s scream ripped through my soul. Frantically, I propelled myself upwards and reaching over to the gutter along the eaves of the house, I managed to clamber up onto the roof. Her window was not far and I took a leap of faith to span the gap. As my body propelled forward I stretched out my arms, hoping, wishing, I would be able to catch hold of the window ledge as my body hurtled forward.

I slammed into the slatted panels on the house but I managed to grasp hold of the sill outside of her room. I could hear movement above me and Aslin’s screams reberverated out the open window. I could hear people in the house, pounding on the door trying to gain access to the locked room beyond. As I began to shimmy up the planks and haul myself inside, the creature burst through the opening and knocked me from the ledge. My grip was ripped from the sill and I fell.

Winded, but still alive, the hedge below had helped to cushion my fall and I lay sprawled between bush and stone, gasping for breath. I watched helplessly as the creature carried Aslin off. Her screams of pain and fear echoed across the empty courtyard as she disappead beyond the tower wall and into the night.

That was when Aslin activated her orb. The pendant she always wore around her neck had a magical connection only visible to us; the Watchers. It was our guiding light, that allowed us to track and find her.

Cool air returned to my lungs and finding myself reasonably unhurt I rose from amidst the foliage and began to follow the sign.

Always ready, I set off to begin my mission, I will not, can not fail to bring her back.

I’ve travelled all night and as the morning arrived so did the heat. The hours fly by as I follow the orb. I pass through the twin copses and head towards the mountains. Once there I climb up the steep slopes and enter the thick wayward pines of the Darkening Forest. There is no cool air to greet me, magic surrounds the mountain, its suffocating breath heats the air and I watch my step as I move forward. Things crawl on the thick carpet of needles beneath my feet, their movements send shivers up my spine as the daylight fades. I hack my way through the undergrowth blocking my path and have to stop to catch my breath. I hear movement ahead through the trees and as I try to move forward I find myself anchored. Looking down through the vanishing light I spy a serpents vine around my ankle that suddenly sprouts to life before my eyes. Trapped within its rapid growth, I fumble for my knife to cut myself free. Where I slash at the vine, new growth rapidly sprouts and the strands shoot out and weave around my arms. Ensnared they drag me down to the damp earth and coiling around my body they hold me captive. My knife falls from my grasp and I’m squeezed as if stuck in a steel vice. As I lay there bound upon the earth, my knife just out of my reach, I can still see the light shining from the orb. As much as I try to struggle the vines only tightened their hold.

The others will be on their way; our oath drives them forward. If I am lucky, I might be discovered, but I doubt it. Just behind me I hear movement again, and smell the stench of death’s breath as it moves closer. Trapped its hot breath sears the side of my face. A low gutteral growl roars through my ears and the sudden movement of the beast flicks the forest floor debis over my face. I feel a stabbing pain as teeth sink into my flesh and all I can do is scream as it pulls back, tearing away my flesh. Warmth spreads through my clothes as my blood seeps from my body. The night is dark, the orb still shines and my shoulder jerks as I hear the snapping of bones.

I am bound by my oath.

I am The Watcher.